Campbelltown is the heart of the Macarthur District on the south-west fringes of Sydney. The area is continually growing, with people from all over the world settling here.

What Lutherans Believe
History of the Lutheran Church

Our mission statement is: 'God's People Growing in Jesus for the Sake of Others'.

Good Shepherd Community Church is part of a bigger church family, the Lutheran Church of Australia.

We began worshipping together in August 1982 in the Grange Public Schools Library, eventually moving to and buying the Silos Centre in Eschol Park.

History of the Silos church

In 1982 the Liverpool Living Waters congregation started Lutheran church services in the library at the Grange primary School at Minto. The congregation moved to the neighbourhood centre at Eschol Park in 1985, across the road from the present site. Later that year the silos became available for rent, and the church moved in. Landcom decided to sell the silos in 1986 after the area had been developed with new houses. The congregation purchased the site with an LLL loan. The church then became a single-point congregation, Good Shepherd Lutheran Church Campbelltown. Our first pastor, Peter Steicke, was called and he served here for many years. The congregation still worships here every week. 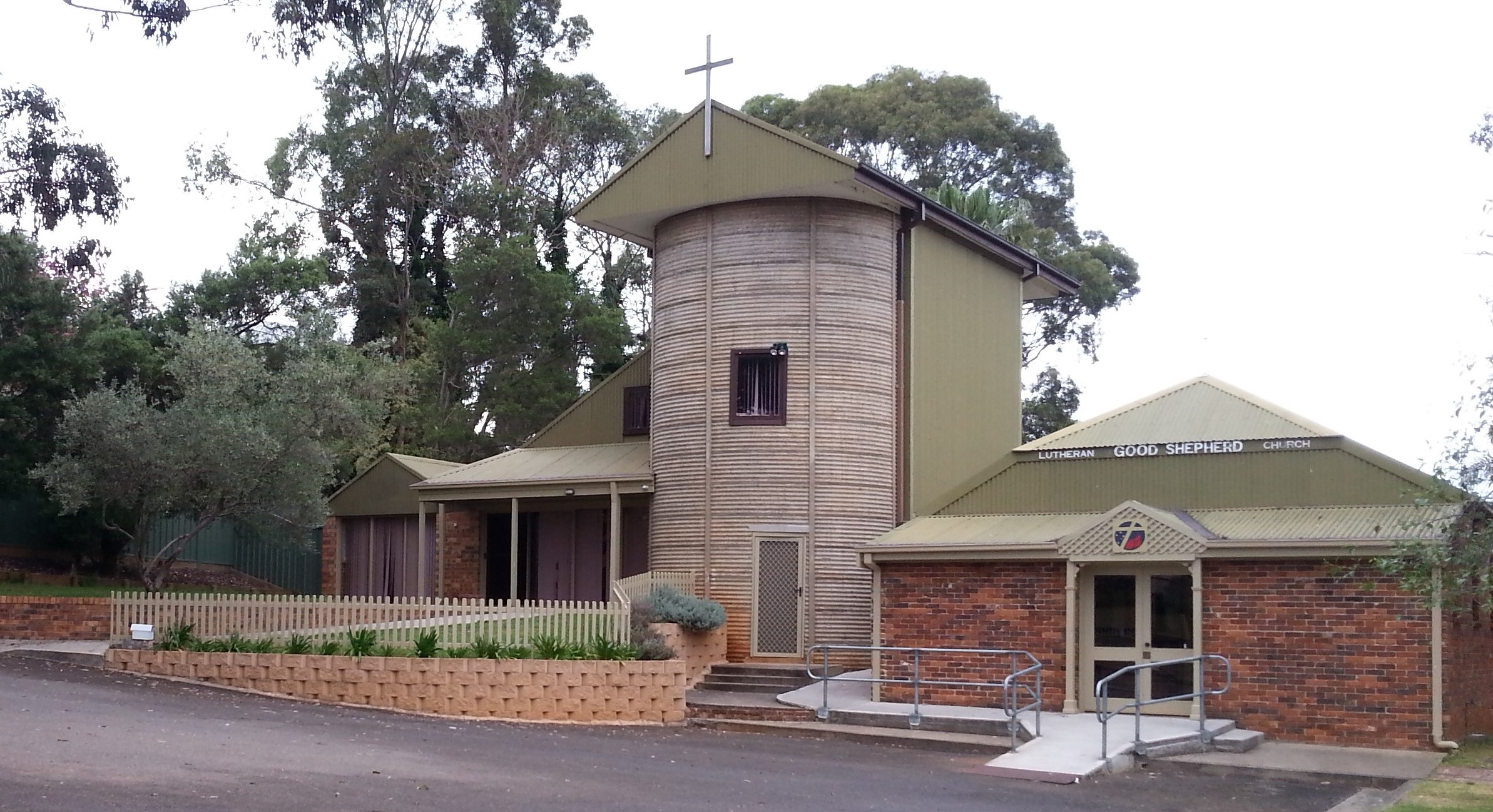